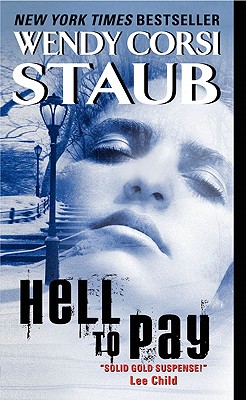 Superstar thriller writer Lee Child calls the novels of Wendy Corsi Staub, “Solid gold suspense,” and readers who dig into Hell to Pay will discover they’ve hit the mother lode. The third book in Staub’s exceptional suspense trilogy—which she began with the Mary Higgins Clark Award-nominated Live to Tell, and continued with Scared to Death, winner of the Westchester Library Associations Washington Irving Book Award—Hell to Pay revisits two married survivors of an unspeakable childhood nightmare fifteen years later, whose lives are shattered once again by dark secrets and a terrible vengeance unleashed by an unexpected Act of God. Devoted Lisa Jackson and Lisa Gardner fans who have yet to experience the thrilling suspense fiction of Wendy Corsi Staub…now is the time!


Praise For Hell to Pay…

“Staub explores the conflict every parent feels between reasonable care for the safety of their children and paranoia in this compelling, well-crafted suspense novel.” — Publishers Weekly

“Scared to Death, like Live to Tell, demonstrates Wendy Corsi Staub’s talent for depicting the menace behind everyday events.” — Examiner

“Each twist and turn is methodical, meant to build anxiety as she cleverly yanks the rug out from underneath.” — Shhanon Raab for Suspense Magazine

“A fast-paced, thrilling ride of suspense and terror that will keep readers guessing till the end.” — Fresh Fiction

“...a gripping, intense novel I could hardly put down. Filled with action, suspense and creepy antagonists, this story had me turning the pages to find out what happens next.” — Night Owl Reviews

“The narrative...stands on its own, with Staub’s trademark twists, turns, surprises and thrills carrying the day.” — Bookreporter.com