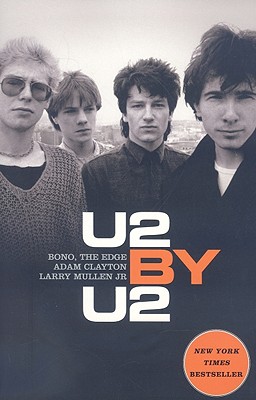 By U2, Neil McCormick

U2 by U2 is the only definitive, official history of one of the most famous bands in the world, by the members of the band themselves. Bono, The Edge, Adam Clayton, and Larry Mullen offer a unique, insightful account of everything fans want to know, from U2's birth 25 years ago and its evolution to become the biggest band in the world to their personal dramas and successes to the politics and emotions that drive them and their music. As cool, elegant, and exciting as the band itself, U2 by U2 is a must-have for any music fan's collection.

U2 is one of the most successful and innovative groups of the last two decades. The members are Bono, The Edge, Adam Clayton and Larry Mullen Jr. Together, they have sold more than 100 million records around the globe and are consistently featured in the best albums of all time. They are also involved in many charities including Amnesty International, Greenpeace, Drop the Debt, and the Chernobyl Children's Project.

Neil McCormick has been a close personal friend of U2 for many years (he grew up with the band). A staff music writer for The Daily Telegraph, his latest novel was called Killing Bono. He lives in London, England.

“Arguably the greatest rock band on the planet, U2 now offers the definitive version of how it got there.”
— USA Today

“...a definitive retrospective based on more than 150 hours of interviews.”
— Rolling Stone

“The book is sure to satisfy even the truly dedicated.”
— Vanity Fair

“Recommended for all popular music collections.”
— Library Journal
or support indie stores by buying on
(This book is on backorder)
Copyright © 2020 American Booksellers Association