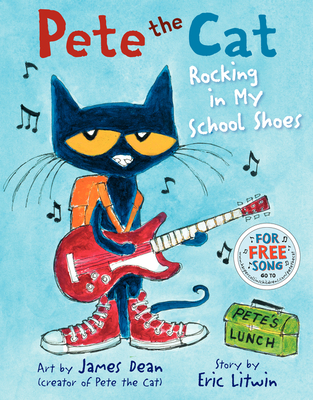 Rocking in My School Shoes: A Back to School Book for Kids

Time to head back to school with this bestselling groovy Pete the Cat book!

Pete the Cat is rocking in his school shoes. Pete discovers the library, the lunch room, the playground, and lots of other cool places at school.

And no matter where he goes, Pete never stops moving and grooving and singing his song...because it’s all good.