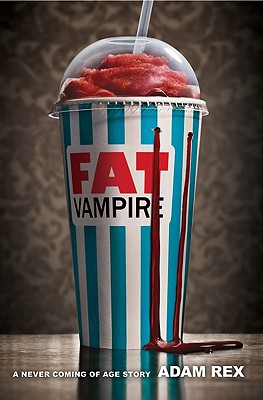 
Praise For Fat Vampire: A Never Coming of Age Story…

The title says it all in this delightfully macabre spoof on the current vampire craze. Rex sustains the wonderfully dry humor and calculated silliness and then surprises the reader with a thoughtful, poignant, ambiguous ending that is bound to inspire discussion.
— Booklist

“Surprising, funny, and poignant. The ending hits the reader’s heart like a stake and lingers long in the mind—the best kind of undead.”
— Washington Post

“A rather haunting exploration of what it means to come of age in a media-saturated culture…. An intriguing reconsideration of the vampire theme.”
— Bulletin of the Center for Children’s Books