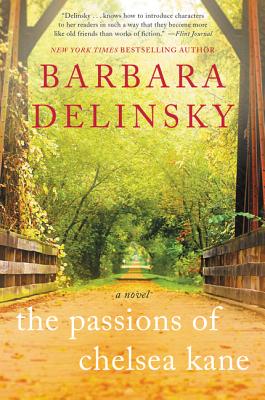 The Passions of Chelsea Kane

An enthralling and unforgettable story of a woman’s search for her past, The Passions of Chelsea Kane is a beloved classic from New York Times bestselling author Barbara Delinsky

After the death of her beloved adoptive mother, thirty-six-year-old Chelsea Kane is consumed by the need to learn the truth about her birth parents. Taking a break from her successful architecture career, she arrives in the New Hampshire town where she was born, determined to find answers, her only clue a tarnished silver key that was bequeathed to her after her mother’s passing.

One of her first discoveries, however, is something quite unexpected: the irresistible Judd Street. Buoyed by love and resolution, Chelsea slowly begins to uncover the dark mystery of her past. But as she inches closer to the truth, she realizes that someone is trying to stop her, and will go to any lengths to prevent her from finding answers. The danger escalates until one terrifying night when all secrets are laid bare.

Full of danger, intrigue, and love, The Passions of Chelsea Kane is a riveting and heartfelt story that can only be told by master storyteller Barbara Delinsky.


Praise For The Passions of Chelsea Kane: A Novel…

Barbara Delinsky is the author of more than twenty-two New York Times bestselling novels. Her books have been published in thirty languages, with over thirty-five million copies in print worldwide. A lifelong New Englander, Delinsky currently lives in Massachusetts with her husband. She is a passionate photographer, an avid tennis player, a drop-all-when-they-call mom and Grammi, and a confidante to friends of all stripes.