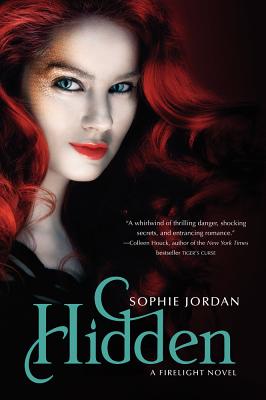 In the climactic finale to the steamy Firelight trilogy, Jacinda must fight to save her life, her love, and all of her kind.

If Jacinda were to follow the wishes of her community, she'd happily settle down with Cassian, the prince of her pride. But she just can't. She's in love with Will, a human boy who comes from a family of hunters.

Their relationship breaks the most sacred rule and endangers everyone she cares about. Now Jacinda, Will, and Cassian fight back against the hunters and their shadowy allies who would destroy them all. . . .

“A nail–biting climax for the series…Fast paced, innovative, and exciting.”
— Voice of Youth Advocates (VOYA)

Praise for FIRELIGHT “Just surrender to the sizzle.”
— Kirkus Reviews

Praise for FIRELIGHT “Jordan executes a refreshing and exciting tale of forbidden supernatural love and desire. Jacinda is strong and spunky, just like her story. Readers won’t be able to put down this remarkable YA debut. An ethereal series start, Firelight should not be missed.”
— Romantic Times Starred Review

Praise for FIRELIGHT “Jacinda and Will’s intensely sexy scenes together will leave romance readers fired up for the planned sequel.”
— Bulletin of the Center for Children’s Books