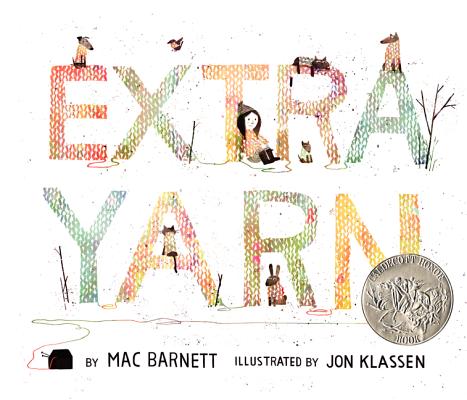 “There’s nothing to say but—perfect.” — Lane Smith, New York Times bestselling author of It's a Book

“Klassen’s pacing, especially the mostly wordless sequence when the box floats back to Annabelle on a triangle of an iceberg, is impeccable. The final spread, all light and yarn-covered tree limbs, brings Barnett’s clever, quiet yarn full circle, to a little girl and a town, now colorful and happy.” — Horn Book (starred review)

“Reading like a droll fairy tale, this Barnett-Klassen collaboration is both seamless and magical. The spare, elegant text and art are also infused with plenty of deadpan humor. Quirky and wonderful, this story quietly celebrates a child’s ingenuity and her ability to change the world around her.” — Booklist (starred review)

Jon Klassen grew up in Niagara Falls, Canada, and now lives in Los Angeles, California. He is the New York Times bestselling author and illustrator of several books, including I Want My Hat Back and This Is Not My Hat, for which he won the Caldecott Medal. Two of his picture books have been named Caldecott Honor books: Sam and Dave Dig a Hole and Extra Yarn (winner of the Boston Globe–Horn Book Award), both by Mac Barnett. You can visit him online at www.burstofbeaden.com.