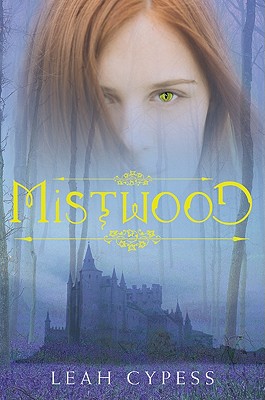 The Shifter is an immortal creature bound by an ancient spell to protect the kings of Samorna. When the realm is peaceful, she retreats to the Mistwood.But when she is needed she always comes.

Prince Rokan needs Isabel to be his Shifter. He needs her ability to shift to animal form, to wind, to mist. He needs her lethal speed and superhuman strength. And he needs her loyalty—because without it, she may be his greatest threat.

Isabel knows that her prince is lying to her, but she can't help wanting to protect him from the dangers and intrigues of the court . . . until a deadly truth shatters the bond between them.

Now Isabel faces a choice that threatens her loyalty, her heart . . . and everything she thought she knew.

“The greatest magic is the power of choice in this lush, romantic debut fantasy. . . . Astonishing and inspiring.”
— Kirkus Reviews (starred review)

“Fans of Megan Whalen Turner’s ‘Attolia’ books will be drawn to similar hidden political currents within the court, and fans of Kristin Cashore’s Graceling will wholeheartedly embrace Isabel as a reluctant warrior heroine treading in unfamiliar waters of the heart.
— School Library Journal

“An unusual, suspenseful fantasy that is propelled by well-placed clues.”
— ALA Booklist

“A fascinating tale of loyalty and love that female teen readers will devour.”
— Voice of Youth Advocates (VOYA)