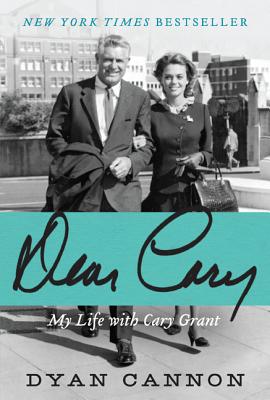 My Life with Cary Grant

Withhonesty and heart-rending emotion, actress and filmmaker DyanCannon tells the story of her topsy-turvy relationship with Hollywood legendCary Grant. Cannon’s captivating narrative takes the reader behind the scenesof Hollywood’s Golden Age, inside America’s high court of glamour and notorietyin which Cary Grant was king. In his private life alongside Cannon, however, astory that began with all the romance of his famous films—Charade, ToCatch a Thief, An Affair to Remember or The Philadelphia Story—wouldend up taking a series of tragic and unpredictable twists and turns. Insharing Grant’s inside story for the first time, Dear Cary is exactlywhat Hollywood is always looking for . . . the next blockbuster, and a storyfor romance lovers of all ages.

Award-winning film and television actress, director, screenwriter, editor, and producer Dyan Cannon is the first woman in the history of the Academy of Motion Picture Arts and Sciences to be nominated for Oscars both as an actress and as a filmmaker. She lives in Hollywood and is at courtside for every Los Angeles Lakers home game.


Praise For Dear Cary: My Life with Cary Grant…

“A revealing look at Cannon’s relationship with her first husband, who happened to be a Hollywood legend.
— USA Today

“Cannon writes of her time with one of Hollywood’s most glamorous and charming men and of her own life, pre- and post-Grant...with refreshing humor.. For those who enjoy memoirs of gutsy survivors.”
— Library Journal