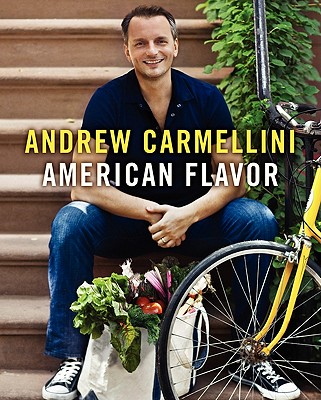 In American Flavor, Andrew Carmellini—two time James Beard Award winner, acclaimed author of Urban Italian, and executive chef-owner of the hit New York City restaurants Locanda Verde and The Dutch—offers a magnificent collection of delicious, innovative, down-to-earth recipes and stories that get at the soul of how we eat today. Inspired by both traditional regional cuisines and the multicultural neighborhoods, global eateries, and ethnic groceries that dot the American landscape American Flavor combines a United Nations of cultural influences into scrumptious dishes that are a cornucopia of delights for armchair foodies, fans of super chefs Mario Batali, Joe Bastianich, and Nate Appleman, and cooks at every skill level who appreciate real American food 21st century-style: sophisticated but down-to-earth, rustic but refined, and always deeply flavored and delicious.

Andrew Carmellini is the chef and co-owner of Locanda Verde and The Dutch restaurants in New York City, and the author of Urban Italian, named a Best Book of the Year by Publishers Weekly. He has won two James Beard awards and was named as Best New Chef by Food & Wine in 2000. He lives in New York City with his wife, the writer Gwen Hyman.

Gwen Hyman is the coauthor of Urban Italian, and the author of Making a Man: Gentlemanly Appetites in the Nineteenth-Century British Novel. She has written about food, restaurants, and chefdom for Gastronomica, the Robb Report, Food & Wine, and other publications. She teaches about literature, culture, and food at the Cooper Union, where she directs the Center for Writing. She lives in New York City with her husband, the chef Andrew Carmellini.