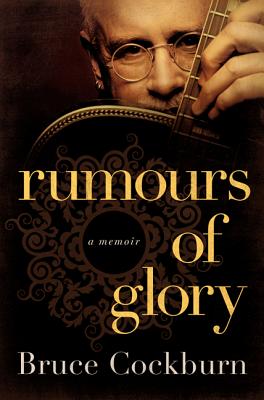 Following the success of I’m Your Man and Just Kids, legendary Canadian singer and songwriter Bruce Cockburn delivers his long-awaited memoir—a chronicle of faith, fear, and activism that is also a lively cultural and musical tour through the late twentieth century.

Award-winning songwriter and pioneering guitarist Bruce Cockburn’s life has been shaped by politics, protest, romance, and spiritual discovery. For more than five decades he has toured the globe, visiting far-flung places such as Guatemala, Mali, Mozambique, Afghanistan, and Nepal, performing and speaking out on diverse issues, from native rights and land mines to the environment and Third World debt. His journeys have been reflected in his music and evolving styles: folk, jazz, blues, rock, and worldbeat. Drawing from his experiences, he continues to create memorable songs about his ever-expanding universe of wonders.

As an artist with thirty-one albums, Cockburn has won numerous awards and the devotion of legions of fans across America and his native Canada, where he is a household name. Yet the man himself has remained a mystery. In his memoir, Cockburn invites us into his private world, sharing his Christian convictions, his personal relationships, and the social and political activism that has defined him and has both invigorated and incited his fans.

Bruce Cockburn was born in 1945 in Ottawa, Ontario. He began his solo career with his self-titled album in 1970, and his extensive repertoire of musical styles and skillfully crafted lyrics have been covered by such diverse artists as Jerry Garcia, Chet Atkins, Judy Collins, Elbow, Barenaked Ladies, Jimmy Buffett, and k.d. lang. Cockburn has been inducted into the Canadian Music Hall of Fame and the Order of Canada, and he has been awarded thirteen Juno Awards as well as the Allan Slaight Humanitarian Spirit Award. A devoted and deeply respected activist, he has worked with organizations such as Oxfam, Amnesty International, Doctors Without Borders, Friends of the Earth, and USC Canada. He lives in San Francisco.

Greg King is a writer living in Northern California. His writing has earned four commendations, including two Lincoln Steffens Investigative Journalism Awards. He is also an accomplished photographer, with images appearing in Newsweek, Smithsonian, Rolling Stone and several other publications.


Praise For Rumours of Glory: A Memoir…

“This is the story of the development of one of the most astute and compelling songwriters in the English language. Rumours of Glory is a highly personal account, by one whose quest for expression engages the most important social questions of our time.”
— Jackson Browne

Cockburn gives us a finely-grained account of the ground from which he harvested some of the finest songs of his generation.
— Lewis Hyde, author of The Gift

“Cockburn’s life story is the passage of a sonic rebel whose weapon is music. In this beautifully written account we see and hear what it means to open yourself to beauty and pain in every direction. This is a fitting soundtrack to an engaged life lived with purpose.”
— Bill Ayers, activist, educator, and author of Fugitive Days and Public Enemy: Confessions of an American Dissident

“This unusually absorbing book will enthrall Cockburn fans and anyone interested in the life of a serious artist committed to his music and progressive causes.”
— Kirkus Reviews (starred review)

“Articulate, thoughtful, sweeping…. The virtues of Cockburn’s memoir are many. A great artist explains, more fully than he has in the 40-year chronicle of his lyrics, the tides and swirls of his fascinating life.”
— Christian Century

“While it has its share of rock ‘n’ roll stories (some of which are pretty cool), the book is much more about the author’s music, his faith, his political activism....he writes movingly about his religious faith, and the way it changed over the years.”
— Booklist

“If the history of mankind were a song, Bruce Cockburn might have written it….He is no longer holding back: ‘Rumours’ exposes the folds in his relationships with women, the divine, various causes, music -- and marvelously unpacks his songs like origami laid flat.”
— San Jose Mercury News

“Bruce Cockburn’s new memoir is beautifully and thoughtfully written; no surprise, considering that the Canadian musician is one of best lyricists on the planet…Cockburn’s songs stand the test of time. So will this memoir.”
— Lincoln Journal Star

“Cockburn’s Rumours of Glory is not your standard rock and roll memoir…. candid, unbreezy, opinionated…These are the accumulations of an intricate and self-aware man.”
— Globe and Mail, Canada's National newspaper (Toronto)

“Beyond belief systems (or lack thereof), the Rumours of Glory book and box set offer a call to life, embracing the mysteries of existence and the search for love and beauty, wherever one finds it.”
— Rolling Stone

“Cockburn’s look at the picture of his life is extensive and full of well-told pieces…. Not much seems to be held back…. Cockburn lays the trials of his life on the page and the result is a compelling read for any fan of songwriting.”
— No Depression

“In this uncommonly frank and poetic memoir, Cockburn traces his life story with commendable honesty, kicking at his own darkness and daring to see what it bleeds…. This is, above all, an illuminating, lucid work of self-examination.”
— Quill & Quire

“Unique and interesting….surprisingly revealing for a man known for being so private.”
— CBC

“One of the advantages of age is being able to laugh at your own youth-which Cockburn does. Earnestly, of course.”
— Maclean's

“His book is an honest and compelling memoir… The book and his music taken together present Cockburn as an indisputably accomplished artist and also one of the great humanitarians of our troubled time.
— Street Roots News

“Whenever I need inspiration to live creatively, passionately, and relevantly in the world, I do well to throw a Bruce Cockburn CD in my player—any one of them would do—and to revisit his memoir, Rumours.”
— ESA

“His autobiography is an informative look into the mind of an articulate chronicler of life in a complex age. Any admirer of Cockburn’s deep and rich songbook will appreciate the backstory”
— Entertainment Weekly
or
Not Currently Available for Direct Purchase
Copyright © 2020 American Booksellers Association