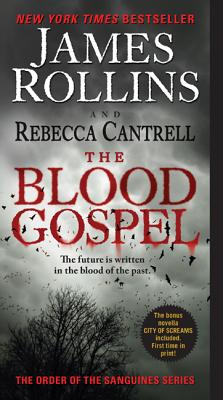 In his first-ever collaboration, New York Times bestselling author James Rollins combines his skill for cutting-edge science and historical mystery with award-winning novelist Rebecca Cantrell’s talent for haunting suspense and sensual atmosphere in a gothic tale about an ancient order and the hunt for a miraculous book known only as . . . The Blood Gospel