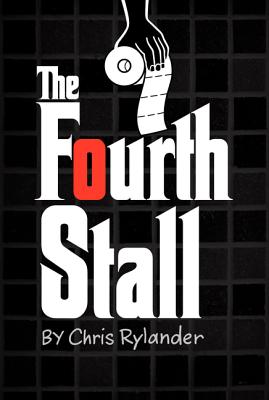 “Fans of The Godfather will delight in the clever story of Mac, the middle-school 'fixer,' and his posse of 'business associates,' who meet each day in the east wing boys' bathroom to solve their classmates' problems. Solve for a fee, of course, or a favor to be requested at a later date. All is well in Mac's world until Fred enters the fourth stall from the window -- Mac's office -- asking for protection from the infamous Staples. Can Mac solve his biggest problem, yet keep his lucrative business and his friendships intact? This is a book 'that you can not refuse!'”
— Lori-Jo Scott, Island Bookstore, Kitty Hawk, NC
View the List

The humor of Diary of a Wimpy Kid meets a Godfather-like tale of crime and betrayal in this first book in Chris Rylander's The Fourth Stall Saga.

Do you need something? Mac can get it for you. He and his best friend and business manager, Vince. Their methods might sometimes run afoul of the law, or at least the school code of conduct, but if you have a problem, if no one else can help, and if you can pay him, Mac is on your side. His office is located in the East Wing boy's bathroom, fourth stall from the high window. And business is booming. Or at least it was, until this particular Monday. Because this Monday is when Mac and Vince find out that the trouble with solving everyone else's problems is there's no one left to solve yours.


Praise For The Fourth Stall…

Here is an original-a story that really gets how guys are pals. It’s also funny, mysterious, and true to the heart of what really matters when you are in middle school. Do yourself a favor. Read it. Now.
— Jon Scieszka, author of the Time Warp Trio series

Draws in even the most apprehensive young reader… A robust story rich in action, adventure, humor, and friendship.
— Voice of Youth Advocates (VOYA)

Mac narrates the tale with the arch flatness of a 1940s satire of the noir detective genre…Excellent.
— ALA Booklist
or support indie stores by buying on
Copyright © 2020 American Booksellers Association