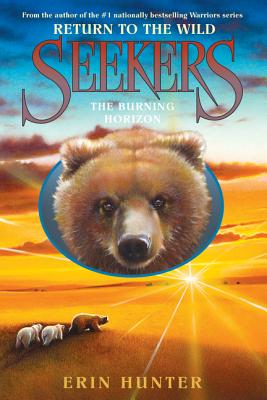 Return to the Wild #5: The Burning Horizon

Erin Hunter's New York Times bestselling Seekers series continues in the fifth book in the Return to the Wild story arc. With its thrilling blend of action and suspense, this epic animal fantasy is perfect for fans of the #1 nationally bestselling Warriors series.

Toklo, Kallik, Lusa, and Yakone are determined to reach Great Bear Lake in time for the Longest Day Gathering.

Even Toklo, who has already claimed a new territory in the mountains, has promised to stay with them until Lusa has found a home of her own.

But when Lusa is unexpectedly separated from the others, she must face her past—and make a decision about her future.