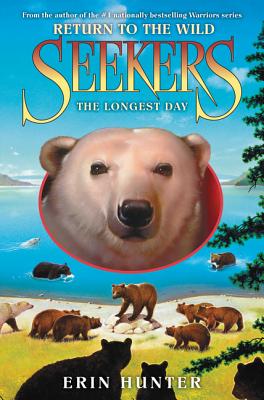 Return to the Wild #6: The Longest Day

Erin Hunter’s New York Times bestselling Seekers series comes to an epic conclusion in the sixth and final book in the Return to the Wild story arc! With its gripping blend of action and suspense, this animal fantasy is perfect for fans of the #1 nationally bestselling Warriors series.

Lusa, Toklo, Kallik, and Yakone have returned to Great Bear Lake for the Longest Day Gathering. This means being reunited with the familiar faces of bears they have encountered throughout their travels—but it also means returning to life among their own kind, which may not be as easy as they thought.

Seekers: Return to the Wild #6: The Longest Day is the thrilling finale Seekers fans have been waiting for—and an adventure not to be missed.