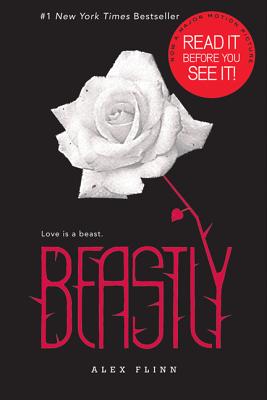 With a new Beauty and the Beast movie hitting theaters in spring 2017, it’s time to catch up on all things Beastly. Find out what it was like for the beast in Alex Flinn’s contemporary retelling of the classic tale.

A beast. Not quite wolf or bear, gorilla or dog but a horrible new creature who walks upright—a creature with fangs and claws and hair springing from every pore. I am a monster.

You think I'm talking fairy tales? No way. The place is New York City. The time is now. It's no deformity, no disease. And I'll stay this way forever—ruined—unless I can break the spell.

Yes, the spell, the one the witch in my English class cast on me. Why did she turn me into a beast who hides by day and prowls by night? I'll tell you. I'll tell you how I used to be Kyle Kingsbury, the guy you wished you were, with money, perfect looks, and the perfect life. And then, I'll tell you how I became perfectly . . . beastly.

“Teens will race to see if the beast get his kiss, lifts the curse, and lives happily ever after.”
— Kirkus Reviews

“[An] engrossing tale that will have appeal for fans of fantasy and realistic fiction” -- VOYA.
— Voice of Youth Advocates (VOYA)