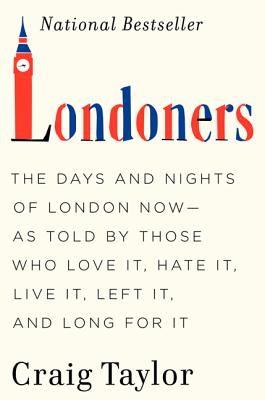 “Craig Taylor is the real deal: a peerless journalist and a beautiful craftsman.”
—David Rakoff, New York Times bestselling author of The Fraud and Half Empty

“Londoners is a wonderful book—I wanted it to be twice as long.”
—Diana Athill, New York Times bestselling author of Somewhere Towards the End

“Craig Taylor is the real deal: a peerless journalist and a beautiful craftsman. He’d be a household name already if he wasn’t so modest. He’ll be one anyway in due course.”
— David Rakoff, bestselling author of Fraud and Half Empty