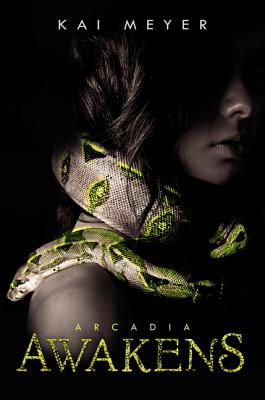 Despite inciting their families' wrath and putting themselves in grave danger, rival clan leaders Rosa Alcantara and Alessandro Carnevare refuse to give up on their love for each other. But when the young couple suffers a deadly attack from an unknown enemy, it soon becomes clear their strong feelings can't keep the past from haunting them. On the run from their adversaries and searching for answers, Rosa and Alessandro begin to unravel the secret behind the conspiracy to keep them apart: an ancient prophecy that predicted the destruction of all Arcadia if the two rival dynasties ever married and bore children. And now, they must outrun those who think they're better off dead.

With Arcadian assassins trying to kill them at every turn, a group of hybrid beasts thirsty for their blood, and the ruler of all Arcadia desperate to find them, Rosa and Alessandro must find out the truth behind Arcadia once and for all. But will it be the key to unlocking their freedom and future together, or the final step in bringing them to their knees?

“Constant, shifting peril from multiple antagonists keep the tension high and the plot barreling forward, and readers will be clamoring for the next installment from this veteran German fantasist.”
— Bulletin of the Center for Children’s Books

“Those interested in stories of forbidden love and family secrets will enjoy reading as Rosa is faced with her family’s mafia ties and dark secrets. This is a worthy addition to any teen collection, especially those who find their patrons gravitating toward darker fantasy.”
— Voice of Youth Advocates (VOYA)

Kai Meyer is one of Germany's most successful authors, with millions of books sold worldwide. His novels have been translated into thirty languages. The British edition of The Flowing Queen (published in the U.S. as The Water Mirror) won the 2007 Marsh Award for Best Children's Book in Translation, and his historical novel The Vow was turned into a movie by celebrated German director Dominik Graf. Kai lives in Germany