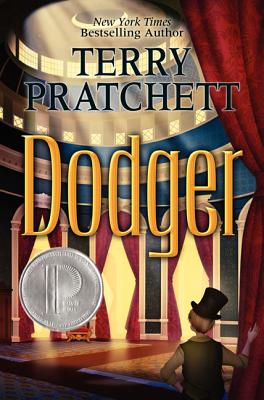 Seventeen-year-old Dodger is content as a sewer scavenger. But he enters a new world when he rescues a young girl from a beating, and her fate impacts some of the most powerful people in England.

From Dodger's encounter with the mad barber Sweeney Todd, to his meetings with the great writer Charles Dickens and the calculating politician Benjamin Disraeli, history and fantasy intertwine in a breathtaking account of adventure and mystery.

“Masterful. Unexpected, drily funny and full of the pathos and wonder of life: Don’t miss it.” — Kirkus Reviews

“A masterwork from a treasure and hero of a writer, and it will delight you.” — Cory Doctorow, New York Times Bestselling author

“Ebullient, funny and delightful.” — The Guardian

PRAISE FOR THE NOVELS OF TERRY PRATCHETT: “Exuberant and irresistible.” — Washington Post