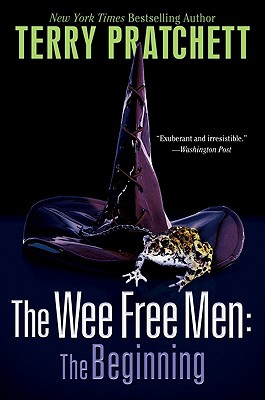 The Beginning: The Wee Free Men and A Hat Full of Sky (Tiffany Aching)

Laugh-out-loud humor and thrilling action combine in this book, which features the complete text of The Wee Free Men and A Hat Full of Sky. These two books launched the unforgettable adventures of a determined young witch and her tiny but fierce blue friends.

"What's not to love about a girl who takes on vicious monsters armed with only a frying pan?" —Publishers Weekly (starred review)

When Tiffany Aching sets out to become a witch, she faces ominous foes and gains unexpected allies. As she confronts the Queen of Fairies and battles an ancient, bodiless evil, she is aided (and most ably abetted) by the six-inch-high, fightin', stealin', drinkin' Wee Free Men.

As George R. R. Martin said: "Terry was one of our greatest fantasists, and beyond a doubt the funniest."