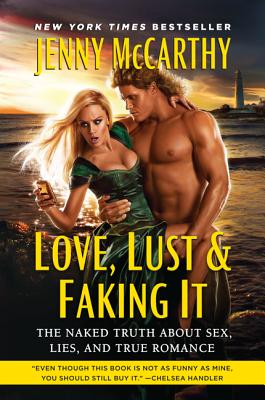 The Naked Truth About Sex, Lies, and True Romance

"Even though this book is not as funny as mine, you should still buy it." —Chelsea Handler

New York Times bestselling author Jenny McCarthy turns on the lights for a bawdy and hilarious look at women and sex. Returning to her comic roots and the tell-all tone that readers loved in Baby Laughs and Belly Laughs, this exposé from the former Playboy Bunny, MTV star, and prime-time TV sensation is perfect for fans of Sarah Silverman's Bedwetter and Chelsea Handler's Are You There Vodka? It's Me, Chelsea. Delivering the perfect mix of poignant insights, laugh-out-loud confessions, and spicy secrets, Love, Lust & Faking It will be an instant favorite…but it may find its way to your nightstand instead of your bookcase.


Praise For Love, Lust & Faking It: The Naked Truth About Sex, Lies, and True Romance…

“Even though this book is not as funny as mine, you should still buy it.”
— Chelsea Handler

“Like spending an afternoon with your best friend, a copy of Cosmo and a low-fat milkshake.”
— Susan Jane Gilman, NPR

Jenny McCarthy got her start as a Playboy model, before launching a high-profile writing, comedic television, and film career. She has been featured everywhere from Time magazine to the cover of Rolling Stone, and has appeared on virtually every television talk show.She works tirelessly in the world of healing and preventing autism and is co-creator, with speech/language pathologist Sarah Clifford Scheflen, of Teach2Talk, a series of DVDs for children. Born in Chicago, McCarthy currently resides in Los Angeles, California, with her son, Evan. You can follow her on Twitter @JennyMcCarthy.