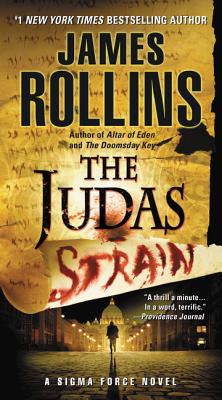 Operatives of the shadowy covert organization SIGMA Force, Dr. Lisa Cummings and Monk Kokkalis search for answers to the bizarre affliction aboard a cruise liner transformed into a makeshift hospital. But a sudden and savage attack by terrorist hijackers turns the mercy ship into a floating bio-weapons lab.

Time is an enemy as a worldwide pandemic grows rapidly out of control. As the seconds tick closer to doomsday, SIGMA’s commander, Gray Pierce, must join forces with a beautiful assassin who tried to kill him—following the trail of the most fabled explorer in history into the terrifying heart of an astonishing mystery buried deep in  antiquity and in humanity’s genetic code.

Humankind’s ultimate betrayal will come from within . . .