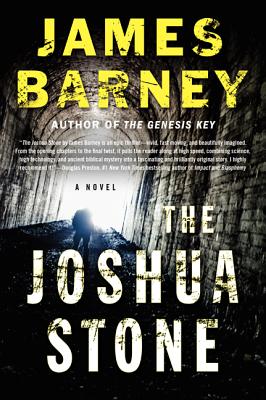 Some secrets belong to the past. Others refuse to stay there . . .

In 1959, in an underground laboratory in a remote region of West Virginia, a secret government experiment went terribly awry. Half a dozen scientists mysteriously disappeared, and all subsequent efforts to rescue them failed. In desperation, President Eisenhower ordered the lab sealed shut and all records of its existence destroyed. Now, fifty-four years later, something from the lab has emerged.

When mysterious events begin occurring along the New River Valley in West Virginia, government agents Mike Califano and Ana Thorne are sent to investigate. What they discover will shake the foundations of science and religion and put both agents in the crosshairs of a deadly, worldwide conspiracy. A powerful and mysterious force has been unleashed, and it's about to fall into the wrong hands. To prevent a global catastrophe, Califano and Thorne must work together to solve a biblical mystery that has confounded scholars for centuries. And they must do so quickly, before time runs out . . . forever.

James Barney is the critically acclaimed author of The Genesis Key. He is an attorney who lives outside Washington, D.C., with his wife and two children.


Praise For The Joshua Stone…

“THE GENESIS KEY is a solid blend of science, myth, history, and suspense. It’s remarkable and unconventional, which together make for a great tale. There’s an intense brand of storytelling here, utilizing all of the elements I love. I can’t wait for more from James Barney.”
— Steve Berry, New York Times bestselling author of The Jefferson Key and The Templar Legacy

“Barney’s fast-paced debut novel demonstrates his knowledge of ancient history, the bible, and microbiol-ogy, as well as his fertile imagination. ”
— Publishers Weekly

“A strong debut thriller. . . . James Barney deftly explores elements of modern science and antiquity to mine the kinds of themes so ably explored by the likes of Dan Brown and James Rollins. . . . Barney is a welcome player in a crowded field.”
— John Hart, New York Times bestselling author of The King of Lies, Down River, The Last Child, and Iron Horse

“[A]n epic thriller - vivid, fast moving, and beautifully imagined. From the opening chapters to the final twist, it pulls the reader along at high speed, combining science, high technology, and ancient Biblical mystery into a fascinating and brilliantly original story. I highly recommend it!”
— Douglas Preston, #1 New York Times bestselling author of Impact and Blasphemy

“Barney commands a large cast of characters […] and sells his premise with conviction.”
— Kirkus on THE JOSHUA STONE
or
Buy Here
Copyright © 2020 American Booksellers Association