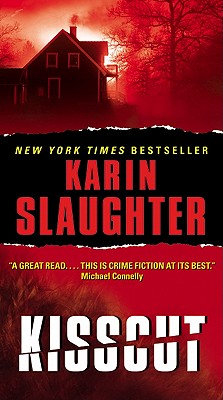 Sara Linton, pediatrician and medical examiner in Heartsdale, Georgia, knows only too well the horrors that can hide behind closed doors in a small community. But when a Saturday night argument between teenagers at the local skating rink leads to death—and a subsequent autopsy reveals evidence of ritualistic self-mutilation and long-term abuse—she realizes that true evil is closer than she imagined. Aided by her ex-husband, police chief Jeffrey Tolliver, and Detective Lena Adams, still traumatized by her brush with a maniac, Sara's investigation is frustrated at every turn by the cold silence of the family and friends of the slain girl. But the truth cannot be hidden forever, as Sara inexorably peels back the many layers of an inhuman outrage that goes far beyond mere murder. For an ominous cloud has settled over the young daughters and sons of Heartsdale—and those who would protect them must act quickly before all innocence here is devoured.

Karin Slaughter is one of the world’s most popular and acclaimed storytellers. Published in 120 countries with more than 35 million copies sold across the globe, her nineteen novels include the Grant County and Will Trent books, as well as the Edgar-nominated Cop Town and the instant New York Times bestselling novels Pretty Girls, The Good Daughter, and Pieces of Her. Slaughter is the founder of the Save the Libraries project—a nonprofit organization established to support libraries and library programming. A native of Georgia, she lives in Atlanta. Her novels Pieces of Her, The Good Daughter, and Cop Town are in development for film and television.