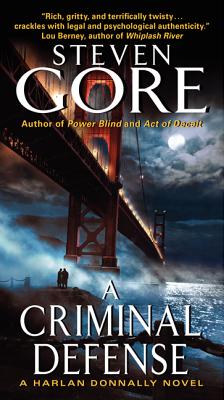 Over three decades, Hamlin's practice devolved into just another racket: intimidating witnesses, suborning perjury, destroying evidence, laundering money. But is he the victim of murder—or of a dangerous sexual encounter gone wrong? And when law enforcement believes justice has already been done, who can be trusted to find out?

Once again in the city where his career came to a shattering end, former detective Harlan Donnally resolved it wouldn't be him. He had no desire to immerse himself in the deceit that was Hamlin's career . . . nor entangle himself in the corrupted loyalties that turned the dead lawyer's associates into both co-conspirators and suspects . . . nor make himself the proxy for the hatreds and betrayals Hamlin left behind.

But the presiding judge demanded otherwise—and that might cost Donnally his life.