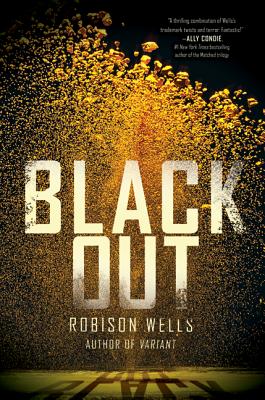 Laura and Alec are highly trained teenage terrorists. Jack and Aubrey are small-town high school students. There was no reason for their paths ever to cross.

But now a mysterious virus is spreading throughout America, infecting teenagers with impossible superpowers—and all teens are being rounded up, dragged to government testing facilities, and drafted into the army to fight terrorism.

Suddenly, Jack, Laura, Aubrey, and Alec find their lives intertwined in a complex web of deception, loyalty, and catastrophic danger—where one wrong choice could trigger an explosion that ends it all.

“In a world where terrorism is an increasing threat, this fast-paced book brings it home.” — Kirkus Reviews

“Wells knows how to snare readers’ attention and hold them spellbound. There is no shortage of white-knuckle action.” — Publishers Weekly (starred review)