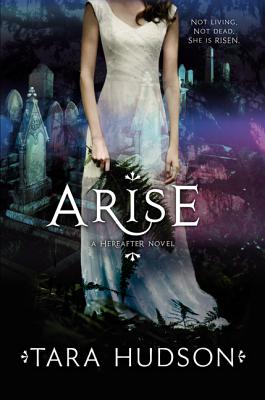 In Arise, the mesmerizing, romantic sequel to YA paranormal novel Hereafter, Tara Hudson takes the story of Amanda, a ghost girl adrift between the worlds of the living and the dead to New Orleans. Amanda has found love with Joshua, a human boy. But as powerful as their love is, it may not be strong enough to break the barrier between life and death.

Evil spirits have been threatening Amanda. She is terrified they will hurt those she cares about, especially Joshua. When Gabrielle, a beautiful girl Amanda meets at the Conjure Café in New Orleans, offers Amanda the possibility of a different life, Amanda agrees to meet her in at the St. Louis Number One Cemetery at midnight. There, Amanda finds a Voodoo circle. Once she steps inside, everything will change.

With a lush and vibrant new setting, fans of the Beautiful Creatures series by Kami Garcia and Margaret Stohl (Little, Brown) will find a similarly haunting, atmospheric feel in the tortured romance of the Hereafter series.
— Voice of Youth Advocates (VOYA)

Again, Hudson earns a spot in the paranormal-romance front ranks, with a fast-unfolding plot and intriguing characters. Leaving small-town Oklahoma for New Orleans might be a bad move for Amelia, but it’s great for readers. A creditable second act; genre fans won’t be disappointed.
— Kirkus Reviews

Tara Hudson lives in Oklahoma with her husband, son, and a menagerie of ill-behaved pets.

After receiving her law degree, she began writing to entertain her girlfriends. They read her story about a ghost girl who awakes in a cemetery and wanted to know more. This short piece inspired the Hereafter trilogy, which culminates in Elegy.