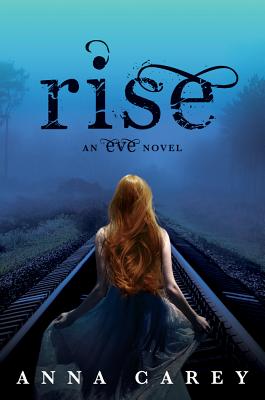 In the stunning conclusion to Anna Carey's epic tale of romance and sacrifice, Eve must choose who to leave behind, who to save, and who to fight in her final stand against the New America.

When Eve lost her soul mate, Caleb, she felt like her world ended. Now, trapped in the palace, as a reluctant bride and unhappy princess, Eve's entire life is a lie.

The only thing that keeps her going is Caleb's memory—and the revolution he started. Eve plots to destroy the New America, beginning with the capital, the City of Sand. Will she be able to bring about a new, free world when she's called upon to perform the ultimate act of rebellion—killing her father, the King?

“A gripping, unforgettable adventure—and a fresh look at what it means to love.”
— Lauren Kate, New York Times bestselling author of FALLEN on EVE

“A thoughtful, heart–wrenching, and romantic book that I inhaled in one sitting.”
— Cynthia Hand, New York Times bestselling author of HALLOWED on ONCE

Anna Carey graduated from New York University and has an MFA in fiction from Brooklyn College. She lives in Los Angeles.