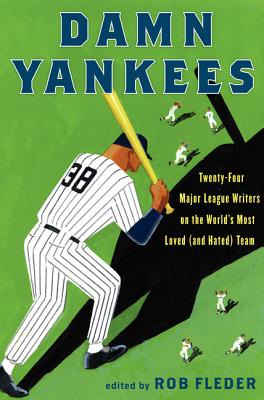 Winners of twenty-seven World Series titles, the New York Yankees are the quintessential sports dynasty. Love them or hate them, they cannot be ignored by anyone who professes to be a fan of the great game of baseball.

Rob Fleder was executive editor of Sports Illustrated and the editor of SI Books during his twenty years at Time Inc. At SI Books he edited Sports Illustrated 50: The Anniversary Book; SI: The Baseball Book; SI: The Football Book; and Hate Mail From Cheerleaders: The Best of Rick Reilly, among other New York Times bestsellers. He was also the editor of Damn Yankees: Twenty-Four Major League Writers on the World’s Most Loved (and Hated) Team. He is currently editing books and consulting on publishing projects for his company, Low Gear & Minus, Inc. He lives in Westchester, New York.

Steve Hoffman is a founding partner of the HoffmanNoli Design Studio in Brooklyn, New York. Their clients have included Time Inc., Sports Illustrated, Veranda, Brides, Lucky, Condé Nast, Workman Books, Random House and O, The Oprah Magazine. Before founding HoffmanNoli Design, Steve was the creative director of Sports Illustrated for more than twenty years. He has designed more than thirty books for the SI imprint and other clients.