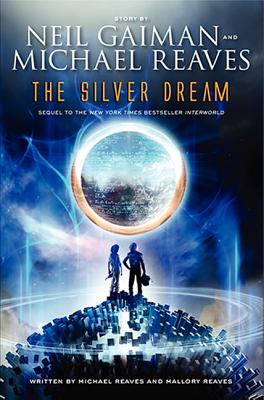 Written by New York Times bestselling authors Neil Gaiman and Michael Reaves with Mallory Reaves, The Silver Dream is a riveting sequel to InterWorld, full of bravery, loyalty, time and space travel, and the future of a young man who is more powerful than he realizes.

Dangerous times lie ahead, and if Joey Harker has any hope of saving InterWorld and the Altiverse, he's going to have to rely on his wits—and, just possibly, on the mysterious Time Agent Acacia Jones.

“[The Silver Dream] will find a following among readers who enjoyed the first book, Douglas Adams’s The Hitchhiker’s Guide to the Galaxy (Harmony, 1980), and Star Trek.”
— School Library Journal

Praise for INTERWORLD: “A mind-stretching ride for which all tweens and teens (and many adults) will be grateful.”
— Voice of Youth Advocates (VOYA) (starred review)

Praise for INTERWORLD: “Vivid, well-imagined settings and characters.”
— ALA Booklist