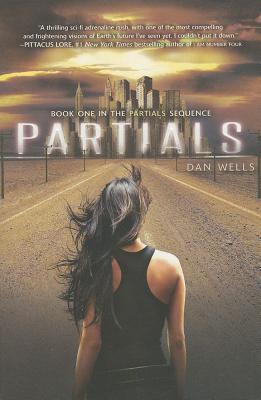 “A thrilling sci-fi adrenaline rush, with one of the most compelling and frightening visions of Earth’s future I’ve seen yet. I couldn’t put it down.”
— Pittacus Lore, #1 New York Times bestselling author of I Am Number Four

“Wells creates a compelling, fantastically complex post-apocalyptic landscape, adding thought-provoking twists to a classic story of humanity creating its own doom...With broad cross-genre appeal and an engaging balance of thematic depth and rip-roaring action, this winner will leave readers clamoring for sequels.”
— Bulletin of the Center for Children’s Books

“Readers who enjoy headstrong feminist leads making their way . . . in the not-too-distant future will find plenty to like in Partials.”
— Los Angeles Times