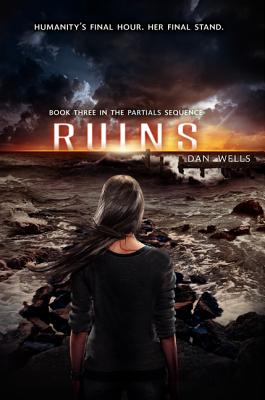 Kira, Samm, and Marcus fight to prevent a final war between Partials and humans in the gripping final installment in the Partials Sequence, a series that combines the thrilling action of The Hunger Games with the provocative themes of Blade Runner and The Stand.

There is no avoiding it—the war to decide the fate of both humans and Partials is at hand. Both sides hold in their possession a weapon that could destroy the other, and Kira Walker has precious little time to prevent that from happening. She has one chance to save both species and the world with them, but it will only come at great personal cost.

“Science (fiction) at the end of the world done right.” — Kirkus Reviews

“A thrilling sci-fi adrenaline rush, with one of the most compelling and frightening visions of Earth’s future I’ve seen yet. I couldn’t put it down.” — Pittacus Lore, #1 New York Times bestselling author of I Am Number Four, about The Partials Sequence

“A fine and frightening postapocalyptic thriller.” — Kirkus Reviews, about The Partials Sequence