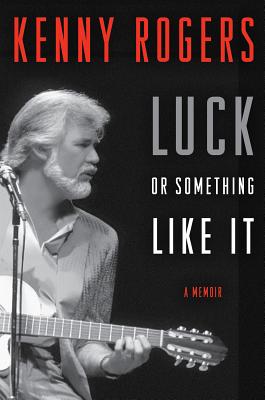 A living legend of Country Music and a worldwide music icon, superstar Kenny Rogers has enjoyed a fascinating five decades in show business, and he tells the full story of his remarkable life and career in Luck or Something Like It. From his days with hit group The First Edition to his sterling solo work, the artist who "knows when to hold 'em and knows when to fold 'em" knows how to tell a captivating life story as well–bringing a golden era of Country Music to life as he recounts his remarkable rise to the top of the charts. An honest, moving, eye-opening view of a musician's life on the road, Luck or Something Like It is the definitive music memoir–a backstage pass to fifty years of performing and recording presented by the one and only Kenny Rogers, one of the bestselling artists ever.


Praise For Luck or Something Like It: A Memoir…

“Rogers is an exquisite storyteller, able to get across a range of ideas and emotions in songs like ‘Lucille’ and ‘The Gambler.’ That breezy, conversational tone comes across on the page.”
— Entertainment Weekly

“In his aw-shucks, sit-down-and-listen-for-a-spell memoir.... he reminisces in never-before-told stories…Rogers gracefully recalls the ups and downs on his wild ride to fame.”
— BookPage