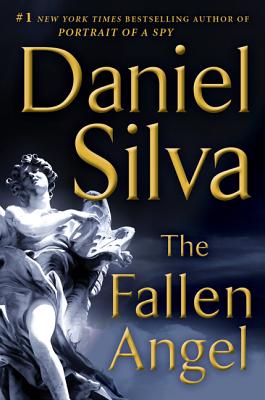 Art restorer, assassin, spy—Gabriel Allon returns in The Fallen Angel, another blockbuster espionage thriller from #1 New York Times bestselling author Daniel Silva. The acclaimed author of Portrait of a Spy, Silva (“a world class practitioner of spy fiction” —Washington Post) is an undisputed master of the genre who has brought “new life to the international thriller” (Newsday).

A breathtaking adventure that races around the globe, The Fallen Angel begins in Rome, where Allon is called upon to investigate a murder at the Vatican, one with disastrous repercussions that could plunge the world into a conflict of apocalyptic proportions. If you haven’t yet been drawn into Daniel Silva’s thrilling universe of intrigue, danger, and exceptional spycraft, start here—and see why the Philadelphia Inqurer declares that, “The enigmatic Gabriel Allon remains one of the most intriguing heroes of any thriller series.”


Praise For The Fallen Angel: A Novel (Gabriel Allon #12)…

“It’s become almost obligatory for lovers of high level thrillers to read each new Daniel Silva novel as soon as it appears. With his by now trademark character, Gabriel Allon...Silva just about guarantees a couple of days of terrific entertainment.”
— NPR, All Things Considered

“His past 12 books, all featuring enigmatic spy/art restorer Gabriel Allon, have kept Silva’s name high in the ranks; the latest, the Vatican-set The Fallen Angel, seems unlikely to reverse the trend.”
— Arizona Republic