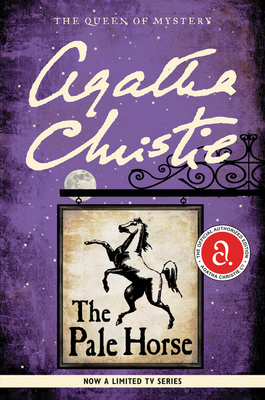 In the classic mystery by Queen of Mystery Agatha Christie, an elderly priest is murdered, quite possibly doomed by a woman’s deathbed confession and by the secrets kept safely locked behind closed doors of a mysterious local pub.

When an elderly priest is murdered, the killer searches the victim so roughly that his already ragged cassock is torn in the process. What was the killer looking for? And what had a dying woman confided to the priest on her deathbed only hours earlier?

Mark Easterbrook and his sidekick Ginger Corrigan are determined to find out. Maybe the three women who run The Pale Horse public house, and who are rumored to practice the “Dark Arts,” can provide some answers?


Praise For The Pale Horse…

“Agatha Christie taught me many important lessons about the inner workings of the mystery novel before it ever occurred to me that I might one day be writing mysteries myself.”
— Sue Grafton, New York Times bestselling author