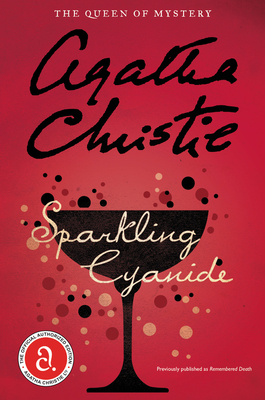 In Sparkling Cyanide, Agatha Christie seats six—including a murderer—around a dining table set for seven, one year to the day that a beautiful heiress was poisoned in that very room.

Six people sit down to a sumptuous meal at a table laid for seven. In front of the empty place is a sprig of rosemary—"rosemary for remembrance." A strange sentiment considering no one is likely to forget the night, exactly a year ago, that Rosemary Barton died at exactly the same table, her beautiful face unrecognizable, convulsed with pain and horror.

But then Rosemary had always been memorable—she had the ability to arouse strong passions in most people she met. In one case, strong enough to kill. . . .

“Agatha Christie possessed the mind of a serial killer in the body of a quiet and refined Englishwoman. Don’t be fooled—she’s deadly!”
— Alan Bradley, New York Times bestselling author of the Flavia de Luce novels

“The denoument will probably come as a surprise to nine readers out of ten.”
— New York Times