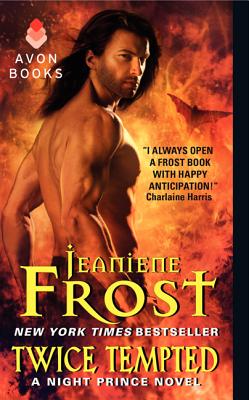 Dating the Prince of Darkness has its challenges . . .

Leila's psychic abilities have been failing her, and now she isn't sure what the future holds. If that weren't enough, her lover Vlad has been acting distant. Though Leila is a mere mortal, she's also a modern woman who refuses to accept the cold shoulder treatment forever—especially from the darkly handsome vampire who still won't admit that he loves her . . .

Like choosing between eternal love and a loveless eternity . . .

Soon circumstances send Leila back to the carnival circuit, where tragedy strikes. And when she finds herself in the crosshairs of a killer who may be closer than she realizes, Leila must decide who to trust—the fiery vampire who arouses her passions like no other or the tortured knight who longs to be more than a friend? With danger stalking her every step of the way, all it takes is one wrong move to damn her for eternity . . .

Readers are in for a story that is emotionally intense, chock full of danger and violence and loaded with flaming passion. What more could you want? — Romantic Times BOOKclub

“A stay-up-until-sunrise read… There are many Draculas out there, but only one Vlad, and you owe it to yourself to meet him.” — Ilona Andrews, New York Times bestselling author of the Kate Daniels series

“Frost never shies away from forcing her protagonists to face both internal and external demons. That character complexity is the major reason for her series impressive success. Frost’s dazzling blend of urban fantazy action and passionate relationships makes her a true phenomenon.” — Romantic Times Reviews