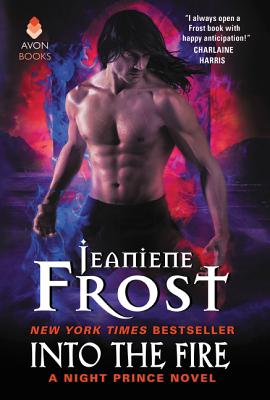 In the explosive finale to New York Times bestselling author Jeaniene Frost’s Night Prince series, Vlad is in danger of losing his bride to an enemy whose powers might prove greater than the Prince of Vampires’ . . .In the wrong hands,  love can be a deadly weapon

For nearly six hundred years, Vlad Tepesh cared for nothing, so he had nothing to lose. His brutal reputation ensured that all but the most foolhardy stayed away. Now, falling in love with Leila has put him at the mercy of his passions. And one adversary has found a devastating way to use Vlad’s new bride against him.

A powerful spell links Leila to the necromancer Mircea. If he suffers or dies, so does she. Magic is forbidden to vampires, so Vlad and Leila enlist an unlikely guide as they search for a way to break the spell. But an ancient enemy lies in wait, capable of turning Vlad and Leila’s closest friends against them . . . and finally tearing the lovers apart forever.


Praise For Into the Fire: A Night Prince Novel…

“Passionate and tantalizing...filled with dark sensuality and fast-paced action.” — Kresley Cole on First Drop of Crimson

“A stay-up-until-sunrise read… There are many Draculas out there, but only one Vlad, and you owe it to yourself to meet him.” — Ilona Andrews, New York Times bestselling author of the Kate Daniels series on Once Burned

A breathtaking conclusion. Frost has taken her legion of loyal fans on an amazing thrill ride that has been loaded with plenty of emotional peaks and valleys as well as kick-butt action. — Romantic Times BOOKclub, 4 1/2 stars

“Wildly romantic as well as action packed. If Frost keeps this up, fans will need to build more keeper shelves! — Romantic Times BOOKclub