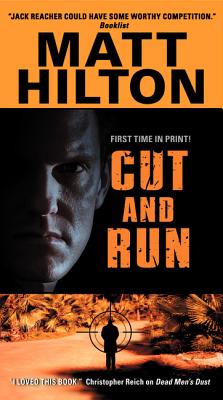 “Hunter is one of the most exciting new tough guys to come along in years.”
—Contra Costa Times

When speaking about author Matt Hilton’s former Special Forces operative hero Joe Hunter, Booklist says, “Lee Child’s Jack Reacher could have some worthy competition.” And not only Child’s readers, but dedicated fans of Jeffery Deaver, Robert Crais, John Sandford, Andrew Vachss, and Michael Connelly are going to love Hunter and his ways. Cut and Run is the fourth electrifying thriller to feature Hilton’s tough as nails “problem solver,” as an assassin with Hunter’s face launches a terrifying murder spree intended to frame his adversary—forcing Hunter to run from the pursuing law and his vengeful adversary alike, with no one to turn to for help and nowhere to hide.  Cut and Run is non-stop excitement and Matt Hilton is well on his way to becoming a major force in thriller fiction.

Matt Hilton is an expert in kempo jujitsu and holds the rank of fourth dan. He founded and taught at the respected Bushidokan Dojo, and he has worked in private security and for the Cumbria police department. Hilton is married and lives in England.