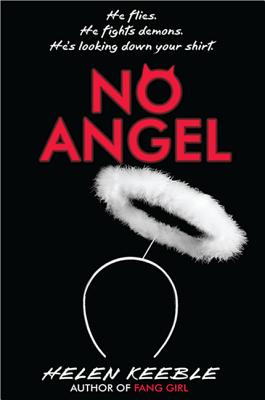 Mix the wry humor of Vladimir Tod, the relatability and fun of Ally Carter, and a sinfully hilarious setup, and you have No Angel—an unforgettable spin on angels and demons from the author of Fang Girl.

Rafael Angelos just got handed the greatest gift any teenage boy could ever dream of. Upon arriving at his new boarding school for his senior year, he discovered that he is the only male student there. But Raffi's about to learn that St. Mary's is actually a hub for demons—and that he was summoned to the school by someone expecting him to save the day. Raffi knows he's no angel—but it's pretty hard to deny that there's some higher plan at work when he wakes up one morning to discover he's sprouted wings and a glowing circle around his head. . . .


Praise For No Angel…