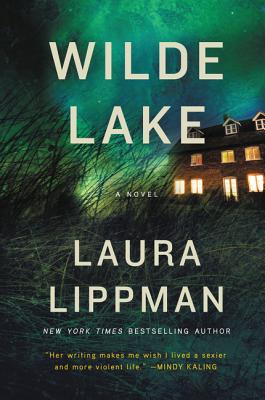 1. Wilde Lake is told from Lu’s perspective twice — once in first person narration and once in third person narration. Each time there are different details and a different tone. How effective was this unique storytelling style? What did Laura Lippman gain by telling the story in this way?

2. The various characters keep many different secrets. Which of these secrets, eventually revealed, were the most interesting to you as a reader, and which were the most surprising or terrible? What do you think of the fact that there may have been a few key secrets taken to the grave with the deaths of Rudy, Sheila and AJ?

3. In what ways is Lu similar to her father, and how is she very different from him? What does she share in common with her older brother? And how are the two siblings dissimilar?

4. Wilde Lake explores sexuality in a number of ways, from Lu’s relationship with Bash, to Noel’s sexual identity, to the rapes of Sheila and Nita. Discuss how Lippman presented and handled these relationships and crimes.

5. Another theme in the novel is that of the challenges facing professional women, including balancing motherhood and work, the way they dress, and how they are viewed in regards to their power and ambition. What are some of the particular challenges Lu faces, and did they feel realistic and relatable?

6. AJ Brant is, for most of the novel, the golden boy: talented, smart, charming. In what ways does Lippman chip away at that persona? How does Lu, as the story unfolds, come to understand — and doubt — her brother?

7. Noel is a fascinating character but remains somewhat enigmatic throughout the book. How do you imagine that he differed, both as a child and as an adult, from what Lu believed him to be? Describe Noel’s relationship with AJ. Why do you think they severed their friendship? Do you believe AJ’s account?

8. Who is your favorite character in Wilde Lake, and why?

9. What is Lippman suggesting about the reliability of memory with this novel? How are things not really as Lu remembered them? How do lies and half-truths create myths and altered realities for the major and minor characters?

10. Discuss the setting of the novel. In what ways does the created community that the Brants live in color their view of the world? How does it set them up in opposition to other characters, and how does it differ from other communities or neighborhoods in the book?

11. How is the title of the book related to the setting of the story and the themes Lippman explores? What is the titular “lake,” and what makes it wild? How do you interpret the particular spelling “wilde”?

12. How is Wilde Lake reminiscent of To Kill a Mockingbird? Think about the role Lu and Scout each play, as well as the role of the lawyer fathers and the themes of innocence and judgment.

13. Lu and Scout are both strongly principled. Each has had to deal with injustice. How is the way that they look at this similar and how is it different?

14. Crime fiction generally moves toward a neat resolution with cases solved and justice served. Discuss the ways in which Lippman challenges this convention.

15. While Wilde Lake can clearly be put in the crime genre, it is also a family drama. What elements do you think were at the fore in this book? Which aspects were most compelling to you as a reader?