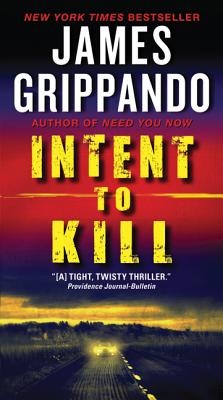 Ryan James's promising baseball career was derailed before it even got started when a hit-and-run driver killed his wife Chelsea, leaving Ryan alone to care for their beautiful little girl. Now, three years later, he's a popular sports radio host in Boston, still haunted by a tragic crime that was never solved. But on the anniversary of Chelsea's death, Ryan receives a chilling message from an anonymous tipster: "I know who did it."

The shocking revelation may have come from Chelsea's brother, Babes, a young man suffering from an autism-related disorder, and it sets Ryan on a twisted path toward a shattering truth. Suddenly what really happened that awful night threatens to irreparably alter the lives of Ryan and Babes, and dedicated prosecutor Emma Carlisle, if they can survive the wrath of the powerful . . . and the deadly.

James Grippando is a New York Times bestselling author of suspense and the winner of the Harper Lee Prize for Legal Fiction. The Big Lie is his twenty-eighth novel. James lives in South Florida, where he teaches Law and Literature at the University of Miami School of Law.


Praise For Intent to Kill…

“Intent to Kill is [Grippando’s] best. . . . It’s crisp and fresh and full of action from beginning to end.”
— The Globe and Mail

“In this stand-alone thriller . . . the well-constructed, suspenseful plot is layered with many ‘What?!’ and ‘Oh my God’ moments. With the reader well and truly hooked, all one can do is hang on until the final reveal.”
— Romantic Times

“An excellent thriller . . . Ryan James is a strong, sympathetic lead, and the supporting cast . . . is uniformly excellent. . . . This guy is really good.”
— Booklist

“[A] tight, twisty thriller . . . Hums along like a sizzling fastball thrown straight and sure.”
— Providence Journal-Bulletin

“This book has it all: sports, crime, money and romance. . . . It’s a delight.”
— Charleston Post & Courier
or
Not Currently Available for Direct Purchase
Copyright © 2020 American Booksellers Association