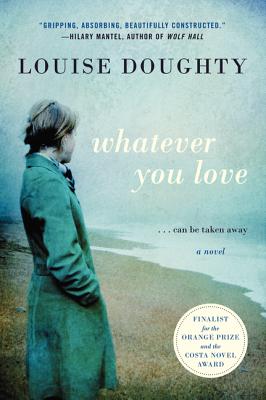 Longlisted for the Orange Prize and Shortlisted for the Costa Novel Award, Louise Doughty’s hauntingly beautiful investigation of love, loss, and revenge is a literary page-turner that will linger in your mind far after the cover closes. When a hit-and-run car crash claims Laura’s daughter Betty, her life is turned upside down. But when the courts rule the death an accident, the lines dividing justice from punishment will blur as Laura embarks on her own quest for vengeance. Sure to captivate fans of Antoinette van Heugten and Sophie Hannah, as well as readers of Doughty’s previous books Fires in the Dark and A Novel in a Year, among others, Whatever You Love is a poignant psychological story in which life’s greatest questions hang in the balance.

Praise For Whatever You Love: A Novel…

“This exquisitely calibrated depiction of one mother’s grief and rage will hold you spellbound.”
— Parade

“You never wonder about character motivation; [Doughty’s] treatment of the reasons behind each event is so thorough that even the strangest circumstances become understandable.”
— Bust Magazine

“Masterful. . . . This deeply psychological story, told in first person, recalls some of the best of Gothic literature. . . . But unlike Gothic fiction, love lies at the heart of this story. . . . Gorgeously structured.”
— Cleveland Plain Dealer

[A] fiercely nuanced novel about love and loss. . . . Reminiscent of Alina Bronsky’s Broken Glass Park, this portrait of a mother’s disintegration and gradual coming to terms with her new reality is a powerful depiction of love, loss, and retribution.”
— Library Journal (starred review)

“Seldom have the subjects of love, loss, and retribution been treated with such emotional power as they are here. Award winning English author Doughty, who is intrigued by the effects of accidents, has written a masterfully structured novel that is as indelible as it is painful.”
— Booklist (starred review)

“Like Zoe Heller, Doughty is masterful at combining the texture of ordinary, smugly middle-class, contemporary life with the hidden cliff edges of violence and hatred.”
— Sunday Telegraph

“A powerful portrait of loss and its psychological consequences.”
— Independent

“An unflinching reckoning with sudden, unbearable loss and obsessive vengeance. . . . Both elegy and thriller. . . . Doughty’s success lies in how intimately she engages readers to face, with Laura, the dailyness of tragedy and the ways in which suffering can blind us to our culpabilities.”
— Boston Globe