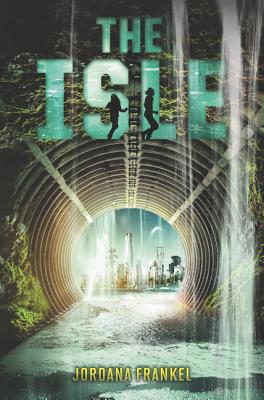 Jordana Frankel’s thrilling and imaginative novel The Isle takes up where The Ward left off, with drought season coming to a futuristic flooded New York City and its inhabitants suffering from a deadly disease called the Blight.

With the help of a scientist and a racing buddy, drag racer Ren has found a cure for the disease, and her sister, Aven, is on the mend. But Aven’s unexpected recovery has caught the eye of the evil Governor Voss. And when it comes to light that the cure, miraculous healing water, is the only freshwater source in the area, Governor Voss isn’t the only one after the sisters and their invaluable knowledge. Can they save themselves and their city?


Praise For The Isle…

“Ren is volatile, embittered, and dedicated to the adrenaline surge of racing, but she’s also gutsy, loyal, and at times surprisingly vulnerable. Frankel’s unforgiving, drowned New York serves as a formidable background for her survival story, the first in a planned series.”
— Publishers Weekly