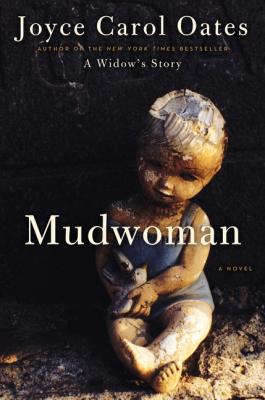 “Oates is just a fearless writer…with her brave heart and her impossibly lush and dead-on imaginative powers.”
—Los Angeles Times

One of the most acclaimed writers in the world today, the inimitable Joyce Carol Oates follows up her searing, New York Times bestselling memoir, A Widow’s Story, with an extraordinary new work of fiction. Mudwoman is a riveting psychological thriller, taut with dark suspense, that explores the high price of repression in the life of a respected university president teetering on the precipice of a nervous breakdown. Like Daphne DuMaurier’s gothic masterwork, Rebecca, and the classic ghost story, The Turn of the Screw, by Henry James, Oates’s Mudwoman is a chilling page-turner that hinges on the power of the imagination and the blurry lines between the real and the invented—and it stands tall among the author’s most powerful and beloved works, including The Falls, The Gravedigger’s Daughter, and We Were the Mulvaneys.


Praise For Mudwoman: A Novel…

“[A] powerful novel…[Oates] deftly interweaves M.R.’s present, memories of her troubled childhood, and her feverish hallucinations…This hypnotic novel suggests that forgetting the past may be the heavy cost that success demands.”
— The New Yorker

“Madness and malevolence squirm on almost every page in Joyce Carol Oates’ 38th novel… Oates’ dark brilliance is ever evident in her main characters, complex souls with mysterious corners in their psyches…”
— Minneapolis Star Tribune

“This chilling novel opens with a child left to die in a silty riverbed, a memory that no amount of later life success can erase.”
— O, the Oprah Magazine

“…The Oates style, with its fractious barrage of dashes, suggests what [Emily] Dickenson might have produced if she had written doorstop novels instead of short poems…[Oates] is especially perceptive in showing the political tightrope that M.R. has to walk in her powerful but fragile position at the university…”
— Wall Street Journal

“Extraordinarily intense, racking, and resonant... Masterfully enmeshing nightmare with reality, Oates has created a resolute, incisive, and galvanizing drama about our deep connection to place, the persistence of the past, and the battles of a resilient soul under siege… A major, controversy-ready novel from high-profile, protean Oates.”
— Booklist (starred review)

“Oates [displays] the insights into human bonds that make her brilliant....Oates makes [her character’s] torment come alive. We grasp her compulsion to return to the mud of the past in order find her true self.”
— USA Today

“[A] disturbing exploration of selfhood…As always, Joyce Carol Oates masterfully evokes a sense of menace, if not malevolence, while drawing her readers deep into the psychology of her characters… a dark, intelligent and deeply compelling novel... which will hold you in its thrall until the end.”
— Washington Independent Review of Books

“There’s a freshness to this novel, a sense of some new, more personal beginning. It’s bold... to paint achievement... as just the flip side of victimization--and it’s perhaps even bolder to make such visceral drama from the story of a workaholic who finally confronts life unhooked from a keyboard.”
— New York Times Book Review

“Oates is an extremely visceral writer…Mudwoman is a genuinely unsettling book in which Oates pays her readers the compliment of never letting them settle or even being entirely sure about what they have just read.”
— Financial Times

“Mudwoman is very good at the performance of the public life of the woman president…The unraveling of this performance is grippingly horrible.”
— New York Review of Books

“Joyce Carol Oates’ latest novel is about many things, but first and foremost it is about the complications of being a high-achieving woman in the 21st century…Oates tells [her protagonist’s story] with a detail and relish that’s both heartbreaking and fascinating.”
— Ms. magazine
or
Not Currently Available for Direct Purchase
Copyright © 2020 American Booksellers Association