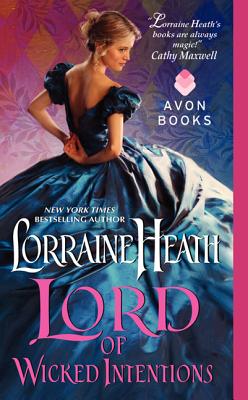 The young, innocent victim of his uncle’s madness, Lord Rafe Easton has learned not to depend on others, much less fall in love. So when he spies the fiery Miss Evelyn Chambers, an earl’s illegitimate daughter, his intentions are anything but noble. Miserable as Rafe’s mistress, Evelyn believes that Rafe will never declare his love for her—or will he?

Emotional and romantic, Lord of Wicked Intentions is a sensual caper filled with carefully drawn characters and a plot filled with passion, intrigue, and scandal that will leave you breathless.