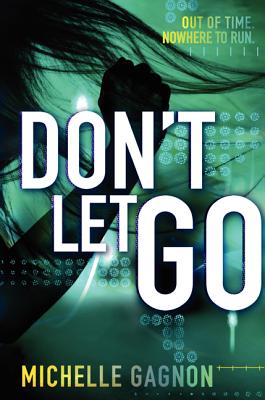 In this pulse-pounding final installment of the Don’t Turn Around trilogy, which Kirkus Reviews called “The Girl with the Dragon Tattoo for teens, a surefire hit,” Noa and Peter race across the country in their search to destroy Project Persephone before time runs out.

Noa Torson is out of options. On the run with the three remaining teens of Persephone’s Army, she is up against immeasurable odds. The group is outnumbered, outsmarted, and outrun. But they are not giving up. When Noa and Peter realize they can’t run anymore, and that Noa’s health is quickly failing, they know they must go back to where this began. But when they come face-to-face with the man who started it all, the question becomes, can they win?

This riveting final book truly ratchets up the action as Noa and Peter confront the evil that has chased them and won’t let them go.

Praise for DON’T TURN AROUND: A Kirkus Best Book of the Year
— Kirkus Reviews

“Gagnon’s YA debut is a pulse-pounding scary-great read…[that] will have teens begging for more. Girl with the Dragon Tattoo for preteens and teens, a surefire hit.” — Kirkus Reviews (starred review)
— Kirkus Reviews

‘’Gagnon closes her Don’t Turn Around trilogy with a suspenseful page-turner that will have fans cheering. Not to be missed.’’
— Kirkus Reviews (starred review)

“Don’t chew those fingernails too hard—you’ll need them to turn the pages of the next volume.”
— Booklist