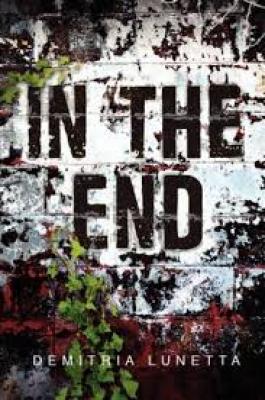 The thrilling conclusion to the survival story In the After, set in a near future where Earth has been overrun by vicious, predatory creatures.

It's been three months since Amy escaped New Hope, and she's been surviving on her own, like she did in the After. Then one day, her former fellow Guardian's voice rings out in her earpiece. And in a desperate tone, Kay utters the four words Amy had hoped she would never hear: Dr. Reynolds has Baby. Now it's a race against time. In order to save Baby, Amy must make her way to Fort Black, a prison turned survivor colony, where she will need to find Ken, Kay's brother. He alone holds the key to Baby's survival.

But one small slipup could set off a downward spiral that would not only cost Baby and Amy their lives, but threaten the very survival of the people in the After.

Review for IN THE AFTER: Debut author Lunetta crafts a bang-up, twisty sci-fi adventure/thriller that begs continuation. This end of the world is original enough to make it a good addition to any collection of post-apocalyptic fiction.
— Kirkus Reviews

Review for IN THE AFTER: “Consuming! Fascinating and full of twists. Scary in the best way! I couldn’t look away. Once you start this book, you won’t close it until the story’s over…and then you’ll sit there wanting more.”
— Sophie Jordan, New York Times bestelling author of the Firelight trilogy

Review for IN THE AFTER: “Part adventure, part mystery, Demitria Lunetta’s In the After is an exciting and scary read that had me hyperaware of every noise, every breath. This book completely consumed me.”
— Jodi Meadows, author of Incarnate

Review for IN THE AFTER: “A postapocalyptic page-turner.”
— Booklist

Review for IN THE AFTER: “Will likely leave readers stunned.”
— The Horn Book

“The lightning-swift pace and strong female characters create a satisfying page-turner that offers as happy an ending as one can expect in such a world.”
— Booklist

Chicago native Demitria Lunetta is a member of the Society of Children's Book Writers and Illustrators and a faithful follower of all things YA on her blog www.demitrialunetta.blogspot.com. She holds a BA in Human Ecology and has spent countless hours studying the many ways in which people are capable of bringing about their own destruction. In case the end is near, she always carries a good book and a chocolate bar—the two items essential for postapocalyptic survival.