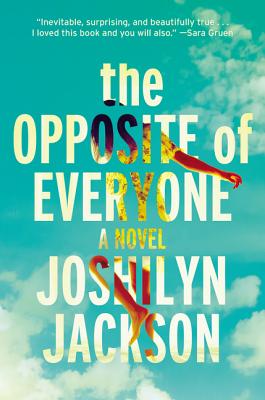 The Opposite of Everyone

“The unconventional characters in Jackson’s books often provide thought-provoking studies of love and loyalty; this must-read also contemplates the transformative power of storytelling.”
— New York Times Book Review on THE OPPOSITE OF EVERYONE