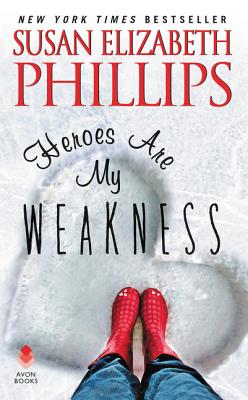 Heroes Are My Weakness (Mass Market)

New York Times bestselling author Susan Elizabeth Phillips is back with a delightful novel filled with her sassy wit and dazzling charm.


Praise For Heroes Are My Weakness…

“In a stunning change of pace, Phillips reveals a brilliant flair for the gothic as she channels the Brontës, Daphne du Maurier, Victoria Holt, and Phyllis Whitney [...] An unforgettable, deliciously spicy romance that readers won’t want to put down.”
— Library Journal (starred review)
or support indie stores by buying on
(This book is on backorder)
Copyright © 2020 American Booksellers Association